I saw a nooma video called “dust” by Rob Bell a few years ago and something about it disturbed me. Something I couldn’t quit discern and something I just couldn’t shake off. (The things he talks about in this video are also in his book "Velvet Elvis.") 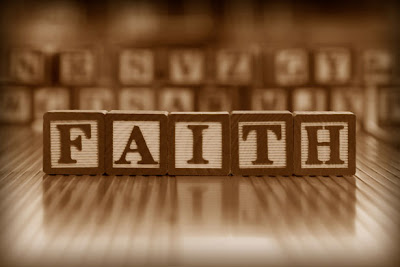 In the video (and in his book) he talks about when Peter began to drown after walking on the water towards Jesus. Rob Bell goes on to teach that Peter began to drown not because he lost faith in Jesus but because he lost faith in himself. I started to question what Rob Bell was saying. I wanted to know the truth. I couldn’t get this verse out of my head.

“Trust in the Lord with all your heart and lean not on your own understanding.” Proverbs 3:5

Was Rob Bell telling me to lean on my own understanding by having faith in myself? And if he was, doesn’t that go against God’s Word? I later read this quote from Charles Spurgeon about faith and grace.

“The source of all divine blessings is found in the Grace of God. Never make an idol of your faith, and don’t ever make the mistake of thinking that faith is the independent source of your salvation. New life is found by looking to Jesus, not in looking to your own faith. By faith all things become possible to us, but the power is not in the faith; it is in the God upon whom faith relies.”

This made more sense to me as a Christian and coincides with what the Bible says. We are not saved by our faith but though our faith by the grace of God.

“For it is by grace you have been saved, through faith and this not from yourselves, it is the gift of God.” Eph 2:8

I believe that Peter did not sink because he doubted or lacked faith in himself, like Rob Bell believes, but simply because he took his eyes off Jesus.