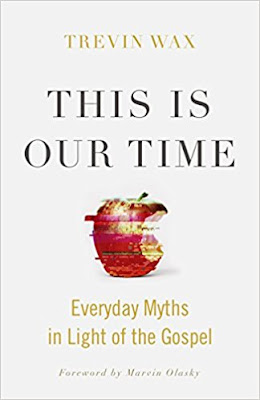 This Is Our Time: Everyday Myths in Light of the Gospel

This sounds like a great book to encourage us in the times we live in.

Many Christians feel bombarded by the messages they hear and the trends they see in our rapidly changing world.

How can we resist being conformed to the pattern of this world? What will faithfulness to Christ look like in these tumultuous times? How can we be true to the gospel in a world where myths and false visions of the world so often prevail?

In This is Our Time, Trevin Wax provides snapshots of twenty-first-century American Life in order to help Christians understand the times. By analyzing our common beliefs and practices (smartphone habits, entertainment intake, and our views of shopping, sex, marriage, politics, and life’s purpose), Trevin helps us see through the myths of society to the hope of the gospel.

As faithful witnesses to Christ, Trevin writes, we must identify the longing behind society’s most cherished myths (what is good, true, beautiful), expose the lie at the heart of these myths (what is false and damaging), and show how the gospel tells a better story – one that exposes the lie but satisfies the deeper longing." 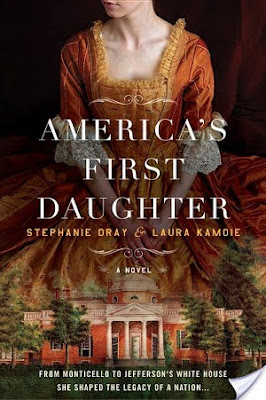 I find American history fascinating and enjoy reading about it. This historical fiction novel sounds like an interesting telling of the daughter of Thomas Jefferson, Patsy Jefferson.

On the back cover it says:

"From the earliest days, Patsy Jefferson knows that though her father loves his family dearly, his devotion to his country runs deeper still.

As Thomas Jefferson's oldest daughter, she becomes his helpmate, protector, and constant companion in the wake of her mother's death, traveling with him when he becomes America's minister to France."

It also covers the years that follow to the White House. 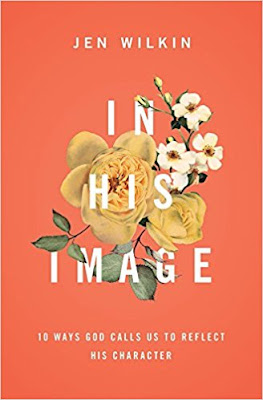 In His Image: Ten Ways God Calls Us to Reflect His Character

I recently finished Jen Wilkin's book 'None Like Him' and loved it, so I'm really looking forward to reading this one!

Crossway says here of the book:


"Sometimes we ask What is God’s will for my life? when we should really be asking Who should I be? The Bible has an answer: Be like the very image of God.

By exploring ten characteristics of who God is—holy, loving, just, good, merciful, gracious, faithful, patient, truthful, and wise—this book helps us understand who God intends for us to be.

Through Christ, the perfect reflection of the image of God, we will discover how God’s own attributes impact how we live, leading to freedom and purpose as we follow his will and are conformed to his image." 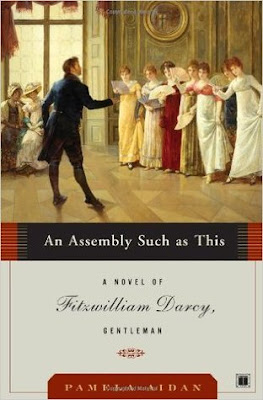 An Assembly Such as This

This is my lite read for the month! It's a retelling of Pride and Prejudice told through three novels, this being the first. They are through the perspective of Mr. Darcy.

"Who is Fitzwilliam Darcy?

In An Assembly Such as This, Pamela Aidan finally answers that long-standing question. In this first book of her Fitzwilliam Darcy, Gentleman trilogy, she reintroduces us to Darcy during his visit to Hertfordshire with his friend Charles Bingley and reveals Darcy's hidden perspective on the events of Pride and Prejudice. As Darcy spends more time at Netherfield supervising Bingley and fending off Miss Bingley's persistent advances, his unwilling attraction to Elizabeth grows—as does his concern about her relationship with his nemesis, George Wickham.

Setting the story vividly against the colorful historical and political background of the Regency, Aidan writes in a style comfortably at home with Austen but with a wit and humor very much her own. Aidan adds her own cast of fascinating characters to those in Austen's original, weaving a rich tapestry from Darcy's past and present. Austen fans and newcomers alike will love this new chapter of the most famous romance of all time." 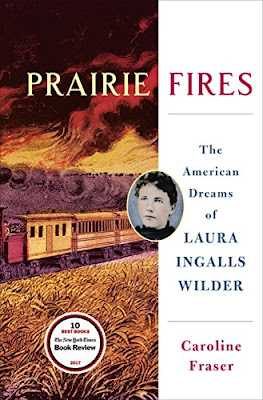 This is a biography of Laura Ingalls Wilder. I've started listening to this one on audio from my library and enjoying it so far. It 's not your typical biography, as it includes quite a bit of American prairie history.

This gives a sense of the life on the prairie, as well as invokes an appreciation for what farmers did and do for us everyday, through harsh weather, pests and hard work.

"Millions of readers of Little House on the Prairie believe they know Laura Ingalls―the pioneer girl who survived blizzards and near-starvation on the Great Plains, and the woman who wrote the famous autobiographical books. But the true saga of her life has never been fully told. Now, drawing on unpublished manuscripts, letters, diaries, and land and financial records, Caroline Fraser―the editor of the Library of America edition of the Little House series―masterfully fills in the gaps in Wilder’s biography.

Revealing the grown-up story behind the most influential childhood epic of pioneer life, she also chronicles Wilder's tumultuous relationship with her journalist daughter, Rose Wilder Lane, setting the record straight regarding charges of ghostwriting that have swirled around the books.

The Little House books, for all the hardships they describe, are paeans to the pioneer spirit, portraying it as triumphant against all odds. But Wilder’s real life was harder and grittier than that, a story of relentless struggle, rootlessness, and poverty. It was only in her sixties, after losing nearly everything in the Great Depression, that she turned to children’s books, recasting her hardscrabble childhood as a celebratory vision of homesteading―and achieving fame and fortune in the process, in one of the most astonishing rags-to-riches episodes in American letters.

Spanning nearly a century of epochal change, from the Indian Wars to the Dust Bowl, Wilder’s dramatic life provides a unique perspective on American history and our national mythology of self-reliance. With fresh insights and new discoveries, Prairie Fires reveals the complex woman whose classic stories grip us to this day."