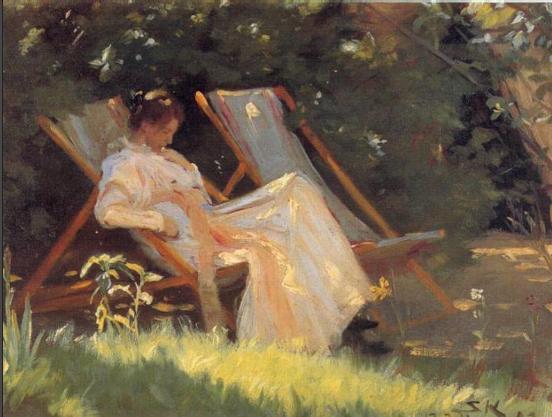 It's that time of year again, time to take a little break from blogging. I'm leaving you with a few photos from my garden, which I will be puttering around in for the rest of the summer. : )

I'll be back in September with more thoughts on books. Hope to see you then! 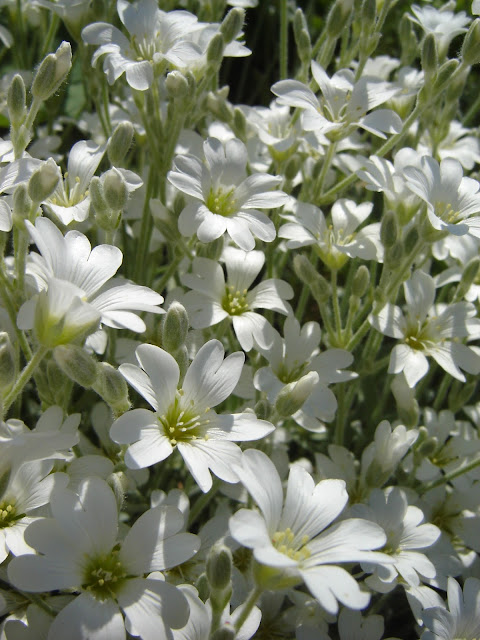 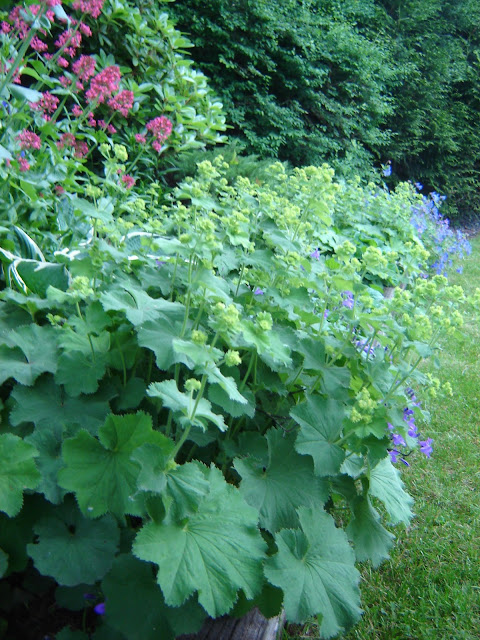 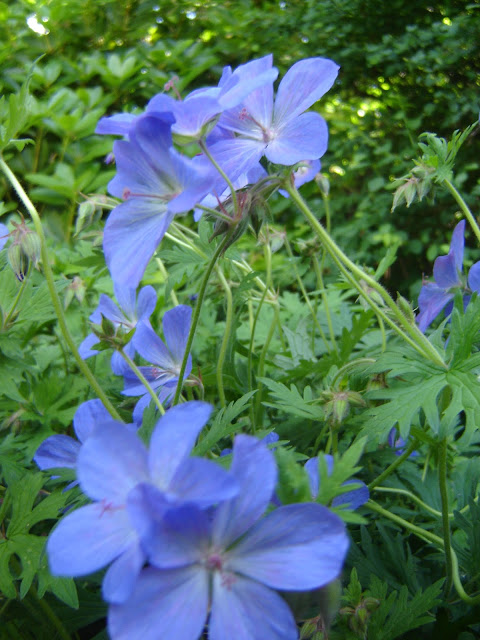 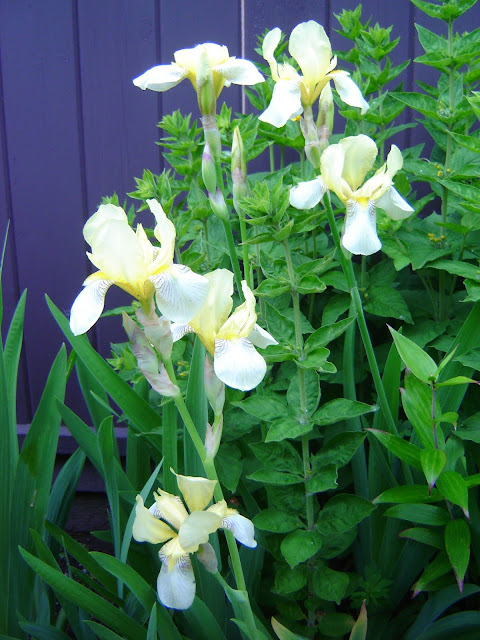 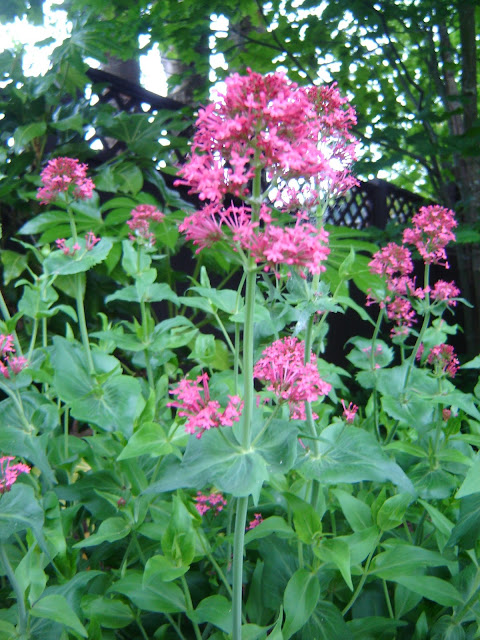 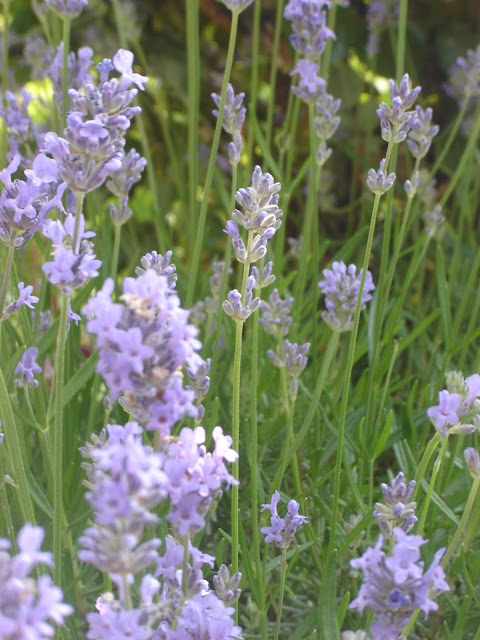 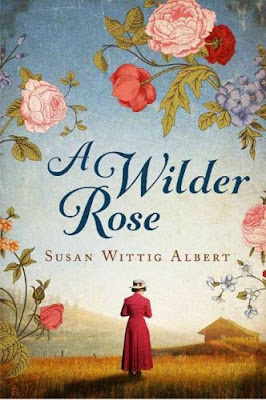 I loved watching 'Little House on the Prairie' when I was a little girl. Though I haven't read all the 'Little House' books, the ones I have were very special to me.

I did not realize that Laura Ingalls Wilder was not the sole writer of these beloved books, but was helped by her daughter Rose.

This novel is about their relationship.

"The Little House books, which chronicled the pioneer adventures of Laura Ingalls Wilder, are among the most beloved books in the American literary canon. Lesser known is the secret, concealed for decades, of how they came to be.

Now, bestselling author Susan Wittig Albert reimagines the fascinating story of Laura’s daughter, Rose Wilder Lane, an intrepid world traveler and writer who returned to her parents’ Ozark farm, Rocky Ridge, in 1928. There she began a collaboration with her mother on the pioneer stories that would captivate generations of readers around the world.

Despite the books’ success, Rose’s involvement would remain a secret long after both women died. A vivid account of a great literary deception, A Wilder Rose is a spellbinding tale of a complicated mother-daughter relationship set against the brutal backdrop of the Great Depression." 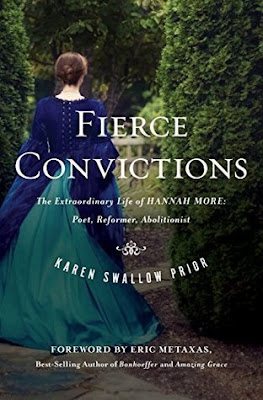 I'd never heard of Hannah More till I saw this book. And I am really excited to learn more about her.

She was a poet, a reformer and an abolitionist in the late 1800's.

"The enthralling biography of the woman writer who helped end the slave trade, changed Britain's upper classes, and taught a nation how to read.

The history-changing reforms of Hannah More affected every level of 18th-Century British society through her keen intellect, literary achievements, collaborative spirit, strong Christian principles, and colorful personality. A woman without connections or status, More took the world of British letters by storm when she arrived in London from Bristol, becoming a best-selling author and acclaimed playwright and quickly befriending the author Samuel Johnson, the politician Horace Walpole, and the actor David Garrick. Yet she was also a leader in the Evangelical movement, using her cultural position and her pen to support the growth of education for the poor, the reform of morals and manners, and the abolition of Britain's slave trade.

"Fierce Convictions" weaves together world and personal history into a stirring story of life that intersected with Wesley and Whitefield's Great Awakening, the rise and influence of Evangelicalism, and convulsive effects of the French Revolution. A woman of exceptional intellectual gifts and literary talent, Hannah More was above all a person whose faith compelled her both to engage her culture and to transform it." 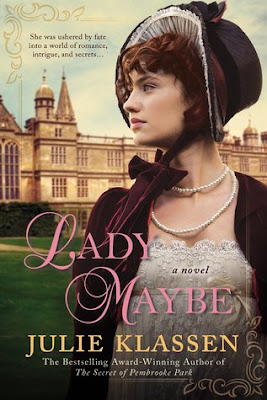 If you're looking for a modern author, who writes like Jane Austen, check out Julie Klassen.

I love all of Julie's novels and can't wait each year for her new one to come out. This year she is publishing two! This one and another in December.

"In the new novel by the three-time Christy Award-winning author of The Maid of Fairbourne Hall, a woman’s startling secrets lead her into unexpected danger and romance in Regency England…

One final cry…“God almighty, help us!” and suddenly her world shifted violently, until a blinding collision scattered her mind and shook her bones. Then, the pain. The freezing water. And as all sensation drifted away, a hand reached for hers, before all faded into darkness…

Now she has awakened as though from some strange, suffocating dream in a warm and welcoming room she has never seen before, and tended to by kind, unfamiliar faces. But not all has been swept away. She recalls fragments of the accident. She remembers a baby. And a ring on her finger reminds her of a lie.

But most of all, there is a secret. And in this house of strangers she can trust no one but herself to keep it."

I highly recommend Julie's books to Jane Austen lovers, and look forward to this one myself.

Note: I have now read this book and can not recommend it. I love Julie Klassen's Austen-inspired novels, but this one just didn't sit right with me. There were 2 adulterous affairs and scenes that were very uncomfortable to read. Though there was a redemptive story near the end, I felt there was just to much information seeming to glorify the one affair. I'm hoping this isn't a permanent direction she is going in with her writing. : ( 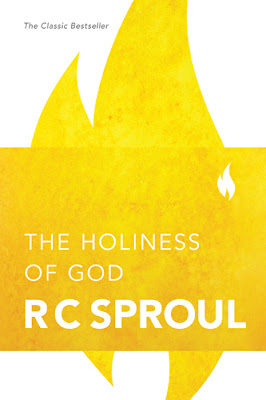 The Holiness of God

Have you ever really thought about the holiness of God?

What did Jesus mean when He taught us to pray  'hallowed be thy Name?'

I just started this one and I'm already loving it. This quote stood out for me:

"...we must seek to understand what the holy is. We dare not seek to avoid it. There can be no worship, no spiritual growth, no true obedience without it. It defines our goal as Christians. God has declared, 'Be holy, because I am holy' (Lev. 11:44)

To reach that goal, we must understand what holiness is."

Amazon says here of the book:

"Central to God’s character is the quality of holiness. Yet, even so, most people are hard-pressed to define what God’s holiness precisely is. Many preachers today avoid the topic altogether because people today don’t quite know what to do with words like “awe” or “fear.”

R. C. Sproul, in this classic work, puts the holiness of God in its proper and central place in the Christian life. He paints an awe-inspiring vision of God that encourages Christian to become holy just as God is holy. Once you encounter the holiness of God, your life will never be the same." 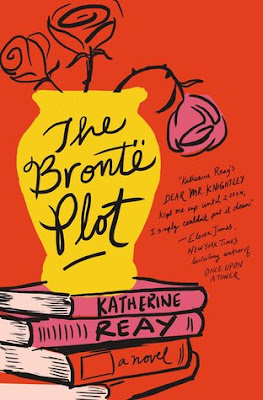 I really enjoyed Katherine Reay's novel, 'Dear Mr. Knightly' which I found a depth I wasn't expecting. When I read what her new novel was going to be about, I was excited! I love the Bronte sisters and I know Katherine Reay will have incorporated them all into this new story nicely.

I also love English countryside settings in novels, as well as when the characters travel throughout the country. And that's just what happens in this one. : )

"When a rare-books dealer goes to England, she discovers more than just the famous writing haunts—she discovers how to love and be loved in today’s modern world.

Victoria Seward makes a living finding rare books through means that aren’t always on the up-and-up. But if it makes the clients happy, who is she really hurting? After all, everything always turns out all right in the end. At least it does in her favorite books, the ones her absent father sends every year on her birthday, no matter where he is.

When her unorthodox behavior ruins her relationship with her boyfriend James, Victoria knows something has to change—she has to change. Enter Helen, a wealthy client seeking a companion for her trip to England to purchase antiques, and who just happens to be James’s grandmother. Helen has secrets of her own, secrets that help her relate to Victoria more than anyone can guess.

As Victoria and Helen travel across England, Victoria suspects there is more to this trip than Helen lets on. When Helen’s health falters, Victoria reaches out to James, reigniting feelings that were never truly extinguished.

Everything comes to a head at Haworth, home of the Brontë sisters, when hidden offenses rise to the surface. Victoria’s happy ending is within reach—if she can step out of the literary world and into the life that’s been waiting for her all along."

Everyone seems to be talking about this subject and I thought it may be helpful to share a few great books that could encourage Christians who may be struggling with what to think and feel about it all.


Firstly, is Christopher and Angela Yuan book 'Out of a Far Country' This was such a beautiful book of redemption and grace. A mother's story and her son's story. I've written a more detailed look... HERE 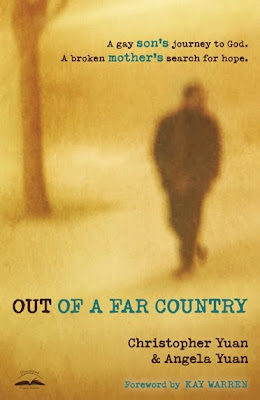 Secondly, is Sam Allberry's  'Is God anti-gay?' This was the first book I'd ever read that was solely devoted to this subject. It covers many questions people may have and is a wonderful little book. 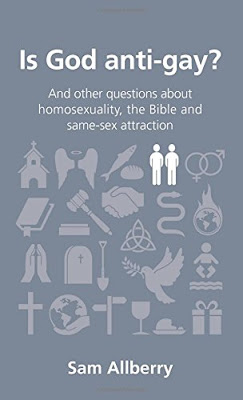 Thirdly is 'The Secret Thoughts of an Unlikely Convert' by Rosaria Champagne Butterfield, which I have not read yet, but plan to soon. I've listened to her speak online and was very impressed by her intelligence and grace.

I took down this quote from her speech and read it often to remind myself:

"Homosexuality is a sin, but so to is homophobia and what is homophobia? It is the unrestrained fear of gay and lesbian people and the whole sale writing off of their souls." 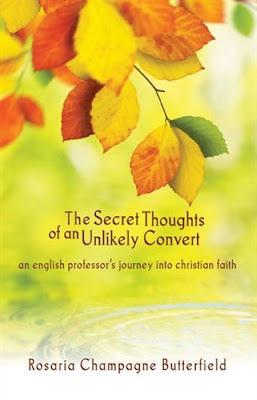 And fourthly is Kevin Deyoung's book, 'What Does the Bible Really Teach about Homosexuality?'  which gives a more detailed look at what the Bible says about homosexuality from an orthodox  historical view. 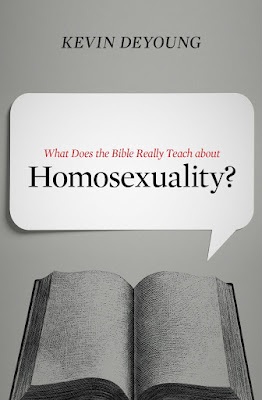 All of these books are written out of love and commitment to God. The first three authors struggle with same-sex attraction and have surrendered their lives to the Lord. Their stories are inspirational as each one has made a decision to serve God, above the flesh.

Hope these will help some of you out there and encourage you to love all and trust God.