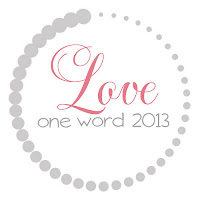 monotony tries me, and I cannot
stand drudgery;
if stupid people fret me and little
ruffles set me on edge;
if I make much of the trifles of life,
then I know nothing of Calvary love.

"A rich alchemy of fact and fiction, the Ladies in Waiting series chronicles the glittering court lives of three Tudor Queens and the women chosen to be their closest friends and companions. Each book envelopes the reader in sweeping romance, heartwarming and heartbreaking circumstances, and heroines who choose lives worth risking all for."

That is from the author Sandra Byrd's website and it describes this wonderful series perfectly.

I really loved reading these books. The stories were well told, as well as the writing superb.

Each shares the life of a Tudor Queen, that of Anne Boleyn, Kateryn Parr and Elizabeth I, while also telling the story of their ladies in waiting. 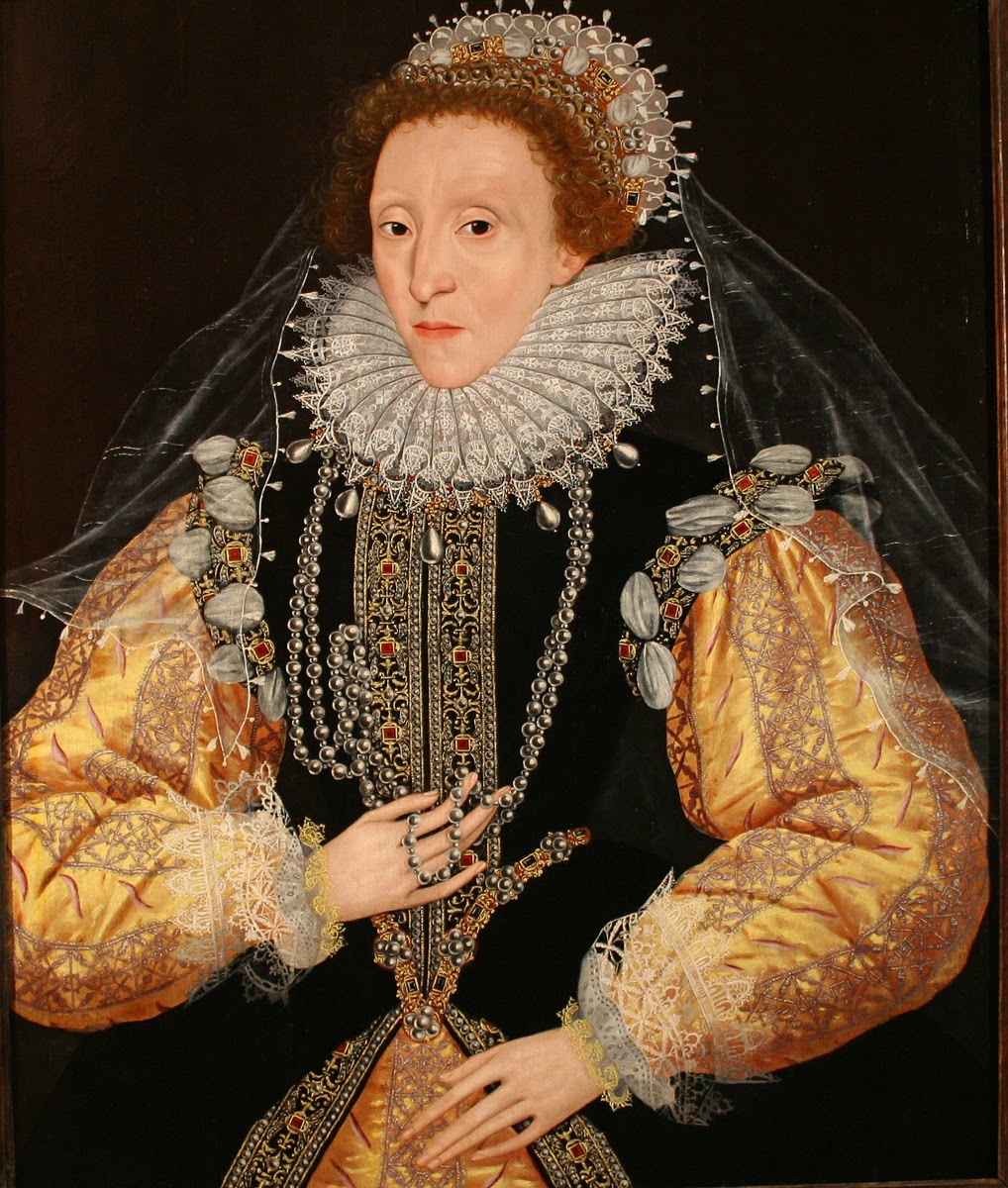 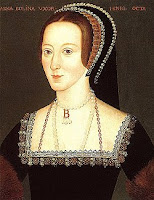 They are written from the point of view of the particular lady in waiting who interacts with her Queen. I loved how the author intertwined the two lives in each book.

If I had to pick a favorite, I think it would be Roses have Thorns. I found Queen Elizabeth's lady in waiting, Helena, the Marchioness of Northampton, so interesting. I'd never heard of her before, so her story was new to me.

In Sandra's afterword she says of Helena:

"How had I missed her in a lifetime of reading the Tudors? I stumbled across Helena's tale while writing the second book in this series, focusing on Kateryn Parr. (Helena's first husband William Parr, Marquis of Northampton, was Kateryn Parr's brother) I have had to infer some into the friendship between Helena and Elizabeth, but I did try to keep all known facts."

Each book also has a faith element which I appreciated and enjoyed. All three books are very clean reads, without losing the reality of the Tudor court.

I highly recommend them all!

If you like you can read my thoughts on the first book in this series, To Die For, in more detail: HERE

interruptions annoy me, and private
cares make me impatient;
if I shadow the souls about me
because I myself am shadowed,
then I know nothing of Calvary love.

Here on the 'Trip Blog'  you can read their blog posts, see photos and videos and hear their stories. They are there from June 18th (today!) to June 22nd.

Look for the orange arrow on the map below to see where they are.

I hope you get a chance to read through some of these blog posts in the next few days as these bloggers share their travels and experiences to help spread the word about the poverty and help that is needed in this country.

You can also help by sponsoring a child in Nicaragua HERE

souls can suffer alongside, and I
hardly know it,
because the spirit of discernment is
not in me,
then I know nothing of Calvary love.

Iscariot: A Novel of Judas 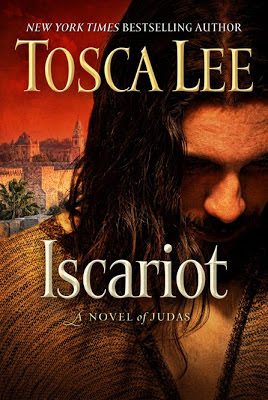 As I read this story I began to realize it was not just about Judas Iscariot, but about Jesus of Nazareth and his amazing love for us.

This book begins with Judas as a child, but the story really started for me when he encounters John the Baptist in chapter 8. After that I was engrossed in each page I turned.

Tosca Lee did a great job helping me emerge into the culture and time of Jesus. She also included tons of Scriptural stories which she brought to life and reminded me of who Jesus is and how much He loves us.

Pretty much every verse containing Judas's name is followed by, 'the betrayer,' 'the one who betrayed' or 'traitor.'

"Now as they were eating, He said, "Assuredly, I say to you, one of you will betray Me."

"The Son of Man indeed goes just as it is written of Him, but woe to that man by whom the Son of Man is betrayed! It would have been good for that man if he had not been born."

Yet, when Judas came to give Jesus that fatal kiss...Jesus called him friend. (Matt. 26:50)

At first I was a little confused about this, but then I realized it wasn't about who Judas was (Jesus is clear about his fate) ...it's about who Jesus is.

He layed it down.

Another thing that got me thinking while reading this book was from Luke 22:3, where it says Satan entered Judas. What led to this point in Judas's life that this could happen?

"Then Satan entered Judas, surnamed Iscariot, who was numbered among the twelve."

I racked my brain trying to figure out what it was that caused Judas to betray one of his closest friends, a friend he loved. Then it dawned on me.

Judas never fully surrendered to the Lord. He never fully trusted. He left himself open to his fears, his doubts and deception.

Tosca Lee's story gives us an idea of what may have led up to that fateful night. But we really don't know what led to that kiss of betrayal in the heart of Judas.

I do think he was no different then any of us.

When we don't fully surrender, we can leave ourselves open for the enemy to work.

One thing this book will do is make you think and as a christian it will remind you of how much we need the Lord.

I am inconsiderate about the comfort
of others,
or their feelings,
or even of their little weaknesses;
if I am careless about their little
hurts and miss opportunities to
smooth their way;
if I make the sweet running of
household wheels more difficult
to accomplish,
then I know nothing of Calvary love.

When Amber, over at Seasons of Humility  asked if I would do a cover reveal for her upcoming novel, I was very happy to comply! I've been following Amber's blog for quite awhile now and she has been a lovely follower of mine.

Amber is a sweetheart and I've always enjoyed visiting through our blogs.

Now she's about to publish her first novel and I'm excited to share it here with you!

First a little about Amber... 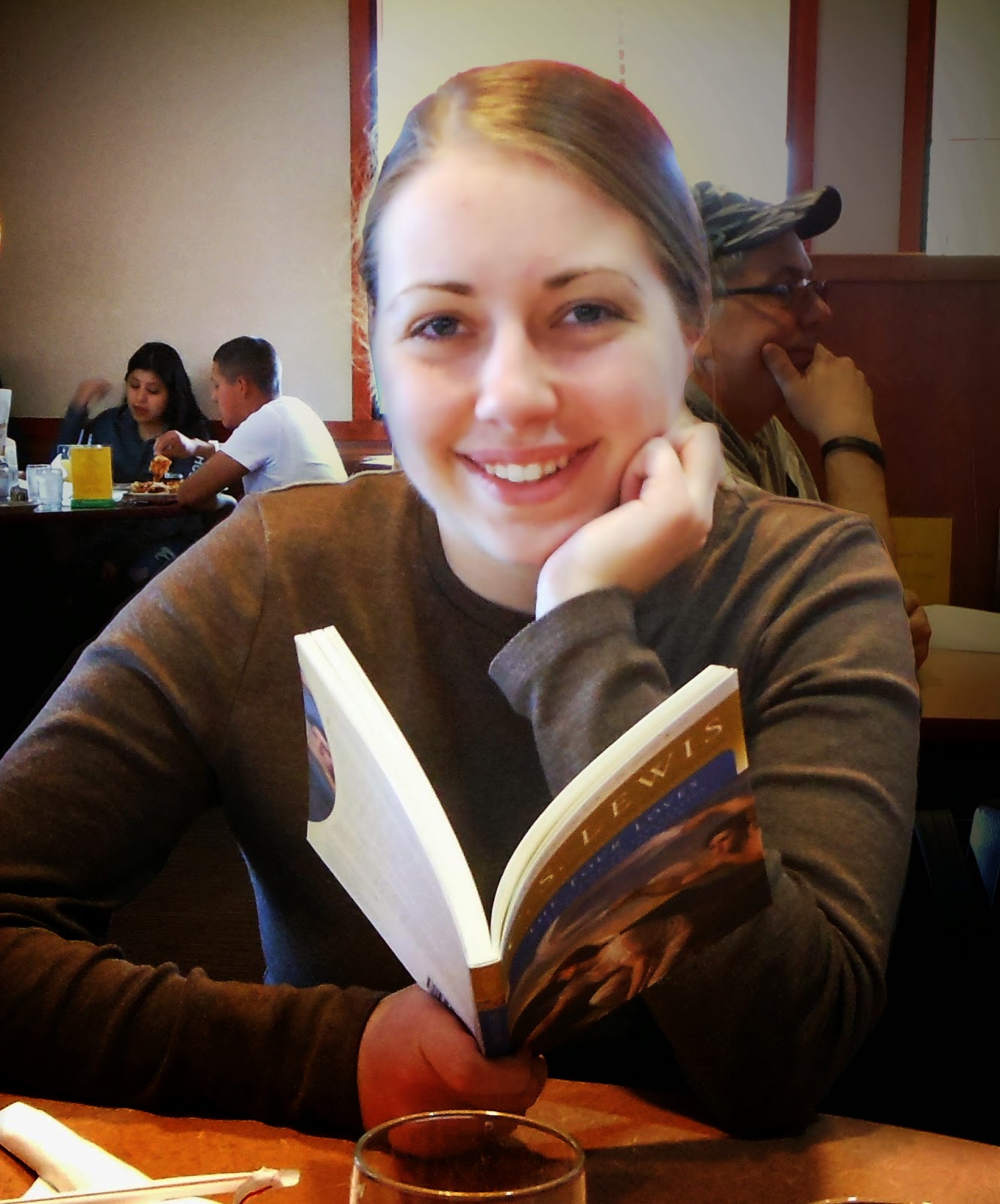 Amber Stokes has a Bachelor of Science degree in English and a passion for the written word - from blogging to writing poetry, short stories, and novels. After her brief time at college in Oregon, she is now back home among the redwoods of Northern California, living life one day at a time and pursuing her passion via freelance editing and self-publishing her debut novel, Bleeding Heart. You can connect with Amber on her blog, Seasons of Humility.

Sally Clay's livelihood has been snatched away, but in its place arises an opportunity to escape from her sordid past and an unrelenting, unwanted suitor. Boarding a train with a heartsick rancher and an enigmatic miner, she leaves Virginia City behind and heads to Northern California, waiting for the chance to make right what went wrong three long years before.

But the road to revenge is far from smooth. Sally soon learns that the jagged pieces of a broken heart can far too easily wound the hearts of others - and hers isn't the only heart that's broken. Tragedy and fear dog her steps as she flees from the redwood forests to the high desert and back again. Will her bleeding heart ever find a way and a place to heal?

A desperate soiled dove. Three men who come to care for her. One man determined to claim her.

All on a journey that will show them what true love really involves.

In conjunction with the cover reveal, Amber's doing a "blog reveal," as well! You can find all the latest news about Bleeding Heart, along with book extras, at the Bleeding Heart blog.

Amber is also having a contest right now over at her blog: Seasons of Humility.  Feel free to head over there and enter to win some lovely prizes.

And finally the cover reveal! Isn't it beautiful! 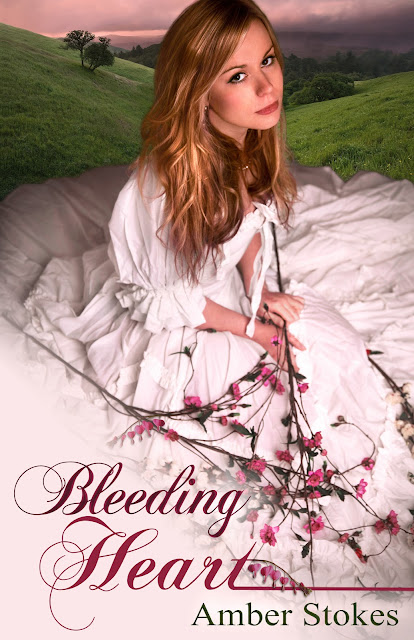