Sixty Acres and a Bride 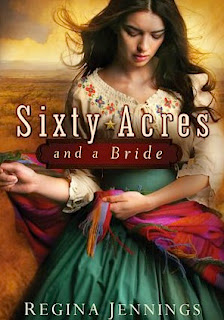 I love the beauty of the Biblical story of Ruth and Boaz, with it's richness in love and redemption.

In John MacArthur's book "Twelve Extraordinary Women," his chapter on 'Ruth' explains it this way:

"The Old Testament book of Ruth is a flawless love story in a compact format. It's not an epic tale, but a short story. (eighty five verses) Still, it runs the full range of human emotions, from the most gut-wrenching kind of grief to the very height of glad-hearted triumph.

Ruth's life was the true, historical experience of one genuinely extraordinary woman. It was also a perfect depiction of the story of redemption told with living, breathing symbols."

Regina Jennings book "Sixty Acres and a Bride" is not so much a retelling of the book of Ruth, but a similar story, with elements of Ruth throughout. Set in 1878 Texas, Rosa and Weston's story is filled with grief, mixed emotions and eventually love.

Rosa is a young Mexican woman, who like Ruth has lost her husband and father-in-law. Her and her mother-in-law, Louise, decide to leave Mexico and return to Texas. There they come home to a dying farm and struggle to pay 'back taxes' that have accumulated since they have been gone. Rosa is a hard worker and this does not go unnoticed by Weston Garner, who like Boaz is a wealthy relative. 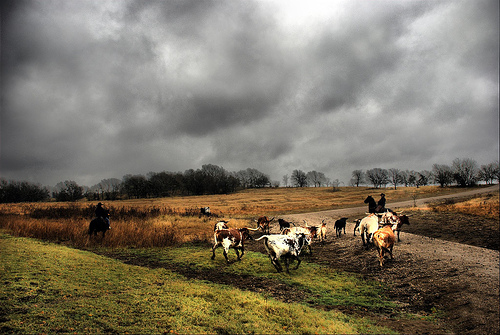 Ruth was a real woman with hopes and dreams, fears and struggles, who God saw though. Rosa's story is very similar as she tries to fit in to this new place called Texas. If you are familiar with the story of Ruth, you know Boaz becomes her 'kinsman-redeemer' and marries her. This is a intricate part of the novel, which the author intertwines throughout, but with a few different twists. She does this through the character of Weston, who never gives up on Rosa even as he works out his own doubts and struggles.

A kinsman-redeemer was a very important role during the time of Ruth and Boaz. John MacArthur explains it here:

"A goel (kinsman-redeemer) was usually a prominent male in one's extended family. He was the official guardian of the family's honor. If the occasion arose, he would be the one to avenge the blood of a murdered relative (Josh. 20;2-9). He could buy back family lands sold in times of hardship (Lev. 25:23-28). He could pay the redemption-price for family members sold into slavery (Lev. 25:47-49). Or (if he were a single man or widower and thus eligible to marry) he could revive the family lineage when someone died without an heir by marrying the widow and fathering offspring who would inherit the name and the property of the one who had died...."

"Every kinsman-redeemer was, in effect, a living illustration of the position and work of Christ with respect to His people: He is our true Kinsman-Redeemer, who becomes our human Brother, buys us back from our bondage to evil, redeems our lives from death, and ultimately returns to us everything we lost because of our sin."

The author does a great job for her first novel. I loved the setting of the Texan ranch, with its sheep, cattle and horses. But I really loved the romantic tension between the two main characters which I thought, brought the story to life. It was realistic and respectful. I highly recommend it to christian fiction fans and I look forward to this author's next book!

And if you can, try to find some time to read or re-read the book of Ruth. In my opinion, its one of the most beautiful love stories of all time. :)