Is Interracial Marriage of God?

I've always believed interracial marriage was a good thing. I know that many women of other races were graphed into God's family, through marriage, throughout the Old Testament. Women who put their faith in the One True God, like Ruth and Rahab. Ruth being from Moab and Rahab from Jericho.

John Piper in his book 'Bloodlines' devotes a whole chapter on this subject and it was very enlightening and beautiful to read. He has put thoughts to my feelings and I'd like to share his 4 Biblical observations on interracial marriage here. 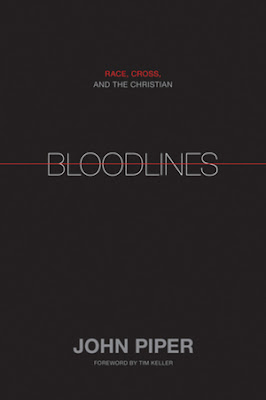 1. All Races Have One Ancestor in the Image of God, and All Humans Are in God’s Image

This one is pretty straight forward. We all can trace our lineages back to Adam, our one ancestor made in God's image. After the flood Noah's three son's went different directions and multiplied. Races emerged from there. All made in God's image. Here is a little more depth into these truths...

"So God created man in His own image, in the image of God he created him; male and female he created them." Genesis 1:27.

"When God created man, He made him in the likeness of God. Male and female He created them, and He blessed them and named them Man when they were created. When Adam had lived 130 years, he fathered a son in his own likeness, after his image."

In other words, the magnificent image of God goes on from generation to generation." 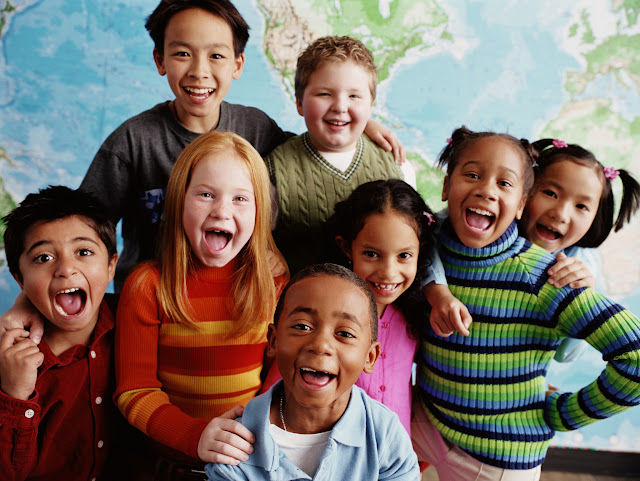 "Then Paul makes the sweeping statement in Acts 17:26, “And he made from one man every nation of mankind to live on all the face of the earth.” In other words, Adam, who was created in God’s image, is the father of all human beings in all ethnic groups. Therefore all of them are dignified above the animals in this absolutely unique and glorious way: humans are created in the image of God. With all the beautiful, God-designed ethnic and cultural diversity in the world, that truth is paramount. That truth is decisive in setting priorities for how we respect and relate to each other."

I feel this is a very important point from Acts 17:26 in the interracial conversation. That God made every nation from one man, Adam, to live on this earth. Every nation, that means every person, every race. To reject someone because of their race, would be to reject the God their image is made in.

Another point John Piper brings up, is as I mentioned earlier, is the story of Noah and his sons. After the flood his sons went out and multiplied. He says here:

"The human lines that flowed from the sons of Noah (Shem, Ham, and Japheth) have flowed into far more diversity than three ethnic types of human beings. There is no reason to think that diversification has stopped.

Just one example: after the flood Noah's three sons (Shem, Ham, and Japheth) become the fathers of the human race. But look what happens to these racial fountainheads. Genesis 10:6 says, 'The sons of Ham are Cush, Egypt, Put, and Canaan.' The ethnic and 'racial' differences between Cananites and Cushites and Egyptians were physiologically pronounced. In other words, 'race' is a fluid concept with no clear boundaries.

God seems to delight not just in three but in thousands of variations of human beings. In fact, many today would argue that the concept of race is unhelpful altogether because here are no clear lines that can be drawn, and the ones that are drawn are not genetically or morally significant.

Moreover, the offspring of inter-ethnic marriages add to the diversity of human race rather than dilute it. The scope of the world's peoples is so huge that there is no serious possibility that intermarriage will reduce diversity of peoples. In fact, there is more likelihood that new ethnic types will emerge rather than that all will become the same-let alone 'mongrel.'"

What I think he is saying here is that God delights in the diversity of His creation. It was all meant to be. It was His plan. And that interracial marriage is a part of it. And this is good.

2. The Bible Forbids Intermarriage Between Unbeliever and Believer, But Not Between Races

John Piper uses the story of Ruth to make his point that God is against marriage between believers and unbelievers, but not against interracial marriage. 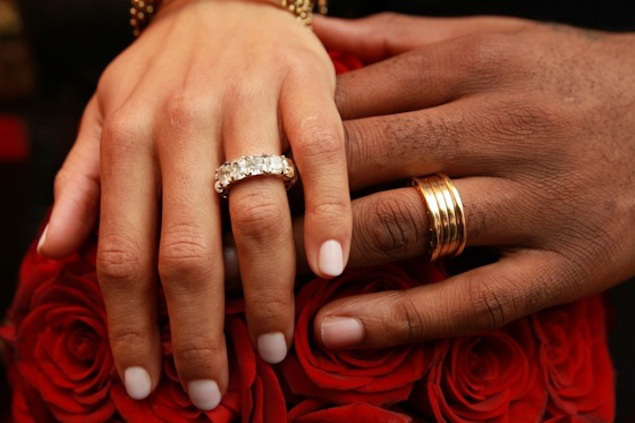 'Thus both the daughters of Lot became pregnant by their father. The firstborn bore a son and called his name Moab. He is the father of the Moabites to this day.'

"But in spite of these serious divisions, Ruth was a lover of the true God and came under the wings of His covenant with Israel (Ruth 2:12). This faith and this marriage (to Boaz, who was the son of Salmon and Rahab) and the offspring that came from it were so remarkable that the New Testament Gospel of Matthew includes Ruth as one of the four women mentioned in the genealogy of Jesus (Matt.1:5). (Rahab, Ruth's mother-in-law, is mentioned in the genealogy of Jesus as well).

What the book of Ruth illustrates is that there was no absolute rule in God's Word forbidding marriage across racial and ethnic lines. What the Bible does forbid is the marriage of a believer and unbeliever. The apostle Paul says in 1 Corinthians 7:39, 'A wife is bound to her husband as long as he lives. But if her husband dies, she is free to be married to whom she wishes, only in the Lord.' Whom she wishes, only in the Lord. The man she marries must be in the Lord. He must be a believer in Jesus Christ.

3. In Christ Our Oneness Is Profound and Transforms Racial and Social Differences from Barriers to Blessings

This is the beauty of being a Christian, the oneness we have in Christ. 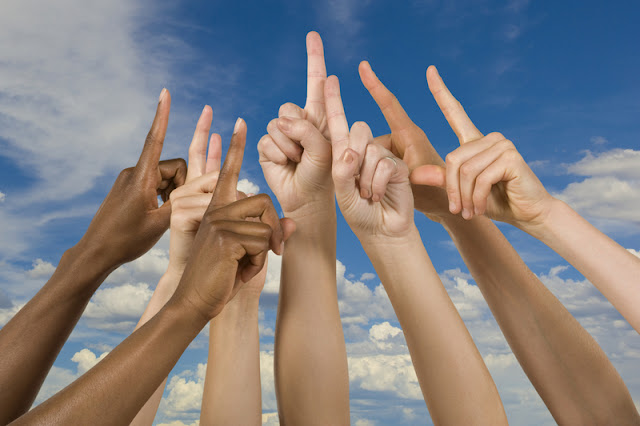 "In Christ ethnic and social differences cease to be obstacles to deep, personal, intimate fellowship, including marriage."

"...seeing that you have put off the old self with its practices and have put on the new self, which is being renewed in knowledge after the image of its creator. Here there is not Greek and Jew, circumcised and uncircumcised, barbarian, Scythian, slave, free; but Christ is all, and in all." Col. 3:9-11

Really think about this. Christ is all and in all to those who put off the old self and believe. The old self being the sinful nature. How profound and amazing it is. How amazing our God is. That He is all.

"The point of Colossians 3:11 is not that cultural, ethnic, and racial differences have no significance; they do. The point is that they are no barrier to profound, personal, intimate fellowship."

My daughter brought a Japanese friend over and he bowed to us several times in respect. Another of her friends is Chinese and brought a gift for us when she came over. These are cultural traditions that are beautiful and respectful and different from our culture. They are example of the diversity and beauty in our world...

But Colossians 3:11 is talking about something deeper, about a relationship that is given over to Christ, where He becomes all. Where all believers become one in Christ and can have fellowship with each other through Him. This is profound and beautiful.

4. Criticizing One Interracial Marriage Was Severely Disciplined by God

Here John Piper uses Moses and his marriage to an Ethiopian as an example. How many times have I read the story of Moses and never saw he was married to an Ethiopian or how God approved this so dramatically! I was so excited when I read this. : )

*Note - This woman is thought to be, by some scholars, Moses's second wife after the death of Zipporah.

John Piper goes on to explain:

"Cushite' means a woman from Cush, a region south of Egypt, and a people known for their black skin. We know this because of Jeremiah 13:23" 'Can the Ethiopian (the very same Hebrew word translated Cushite in Num. 12:1) change his skin or the leopard his spots? Then also you can do good who are accustomed to do evil.' So attention is drawn to the difference of the skin of the Cushite people."

He later states this:

"What is most significant about this context is that God does not get angry at Moses; he gets angry at Miriam and Aaron for criticizing Moses. The criticism has to do with Moses's marriage and Moses's authority. The most explicit statement relates to the marriage: 'Miriam and Aaron spoke against Moses because of the Cushite woman whom he had married, for he had married a Cushite woman.' Typically commentators say that Miriam and Aaron's objections to Moses's marriage 'were only a smokescreen for their challenge to Moses's spiritual authority.' Perhaps. But what you use for a smoke screen reveals your heart. And God was not pleased.

What happened next is startling. God is furious. First, he defends his servant Moses from false charges, and then He strikes Miriam with a terrible disease that turns her skin white - white a snow."

[God said concerning Moses that] "He is faithful in all my house. With him I speak mouth to mouth, clearly, and not in riddles, and he beholds the form of the LORD. Why then were you not afraid to speak against my servant Moses?' And the anger of the LORD was kindled against them, and He departed. When the cloud removed from over the tent, behold, Miriam was leprous, like snow. And Aaron turned toward Miriam, and behold, she was leprous."

Right away Aaron repents and asked forgiveness, Moses then cries out to God please, please heal her! But God in His sovereignty leaves the leprosy for 7 days. A lesson for their greater good.

This really moved me. God is serious when it comes to those He created. His love is extraordinary and extends to all races, all mankind, and calls us all to Himself.

I'll leave you with these verses in Revelation to ponder. God is showing John a vision of the future of all believers and it includes all races, from every tribe, every language and every nation...

"After this I looked, and behold, a great multitude that no one could number, from every nation, from all tribes and peoples and languages, standing before the throne and before the Lamb, clothed in white robes, with palm branches in their hands, and crying out with a loud voice, “Salvation belongs to our God who sits on the throne, and to the Lamb!” Revelation 7:9-10

There is so much more to this book, 'Bloodline', but what I've shared here is what really stood out for me. If you'd like to read more about this issue you can read John Piper's sermon HERE which includes some of what I've shared from his book.