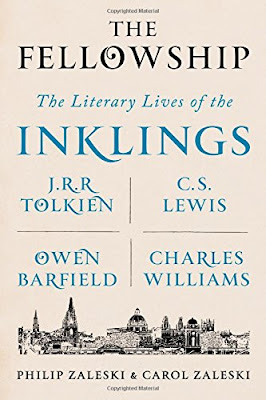 The Fellowship: The Literary Lives of the Inklings

C.S Lewis is one of my favorite people. I love his writings and how they have encouraged me. I find this 'inklings' part of his life fascinating and would like to learn more.

I don't know much about the other three men, other than Tolkien being the author of 'The Lord of the Rings' books.

So I'm really looking forward to this one.

"C.S. Lewis is the twentieth century’s most widely read Christian writer and J.R.R. Tolkien its most beloved mythmaker.

For three decades, they and their closest associates formed a literary club known as the Inklings, which met weekly in Lewis’s Oxford rooms and in nearby pubs.

They discussed literature, religion, and ideas; read aloud from works in progress; took philosophical rambles in woods and fields; gave one another companionship and criticism; and, in the process, rewrote the cultural history of modern times." 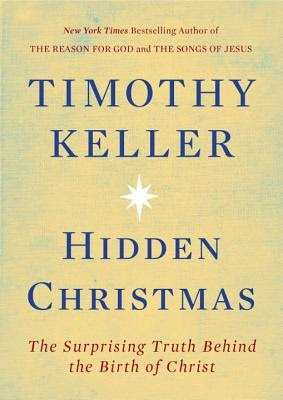 Christmas is coming and I love reading books with a Christmas theme.

I don't know if my library will have this one in before Christmas, but I'm hoping it will!

Goodreads say of the book here:

"In his new book Timothy Keller takes readers on an illuminating journey into the surprising background of the Nativity.

By understanding the message of hope and salvation within the Bible’s account of Jesus’s birth, readers will experience the redeeming power of God’s grace in a meaningful and deeper way." 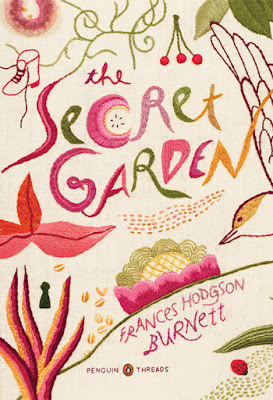 I've never read this classic book before and thought it was time to get to it. I think I watched a movie based on the story, years and years ago, but vaguely remember it.

"When orphaned Mary Lennox comes to live at her uncle's great house on the Yorkshire Moors, she finds it full of secrets.

The mansion has nearly one hundred rooms, and her uncle keeps himself locked up. And at night, she hears the sound of crying down one of the long corridors.

The gardens surrounding the large property are Mary's only escape. Then, Mary discovers a secret garden, surrounded by walls and locked with a missing key.

One day, with the help of two unexpected companions, she discovers a way in. Is everything in the garden dead, or can Mary bring it back to life?" 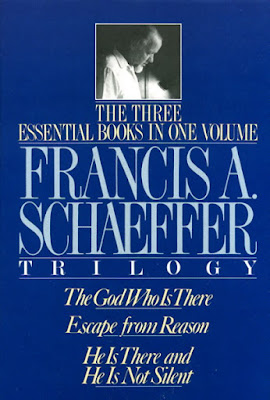 I've been wanting to read these for awhile now, but felt a bit intimidated by the length of all three together. I think I will try to just read one of the books in this trilogy for now.

I loved Schaeffer's book 'How Should We Then Live' which is so relevant for today. I highly recommend it.

So I think I will enjoy these as well.

"In the first book, The God Who Is There, Schaeffer shows how modern thought has abandoned the idea of truth with tragic consequences in every area of culture and from philosophy, to art, to music, to theology, and within culture as a whole.

Escape from Reason, the second book, explains especially how the disintegration of modern life and culture grows from corrupted roots that reach far into the past. 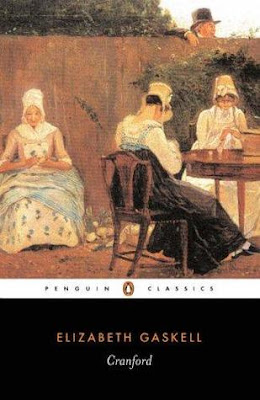 This is another novel I've never read before, but have seen the BBC adaptation. I remember really enjoying it and after reading 'Ruth' by Elizabeth Gaskell, I've wanted to get to her other books.

I just started listening to it on audio and I'm liking it so far.

"A portrait of the residents of an English country town in the mid nineteenth century, Cranford relates the adventures of Miss Matty and Miss Deborah, two middle-aged spinster sisters striving to live with dignity in reduced circumstances.

Through a series of vignettes, Elizabeth Gaskell portrays a community governed by old-fashioned habits and dominated by friendships between women.

Her wry account of rural life is undercut, however, by tragedy in its depiction of such troubling events as Matty's bankruptcy, the violent death of Captain Brown or the unwitting cruelty of Peter Jenkyns. Written with acute observation, Cranford is by turns affectionate, moving and darkly satirical."