We all have times in our lives when we feel we don't belong or fit in. But isn't it comforting to know, as adopted children of God, we will always belong to the Lord. He has redeemed us. 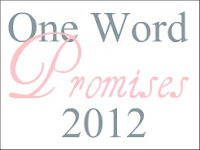 I use to have a hard time with this promise of adoption. I often felt you could lose your salvation. That God could turn his back on you if He chose, and you would no longer be his child. Especially if you weren't living up to His standards. How could I truly trust God if he might leave me? My problem was that I was depending on my own strength, abilities and faith to serve God, which gave me a warped sense of who God really is. He does not give us a spirit of fear but a spirit of adoption, as children of God we belong to Him.

"For you did not receive the spirit of bondage again to fear, but you received the Spirit of adoption by whom we cry out, "Abba, Father." Romans 8:15

But now I'm learning that God is a good Father, one who will not turn his back and leave me alone. Just because he sometimes chooses to be silent does not mean He has left.

"The very concept of adoption is itself a proof and guarantee of the preservation of the saints, for only bad fathers throw their children out of the family, even under provocation; and God is not a bad father, but a good one."

In the Old Testament God says of Abraham's seed (Israel):

"But now, thus says the LORD, who created you, O Jacob, And He who formed you, O Israel: "Fear not, for I have redeemed you; I have called you by your name; You are Mine." Isaiah 43:1

And in the New Testament God says:

I'm now learning to trust that I am really His. That God is a good Father and that he is always good on His promises. Now instead of worrying about being good enough, I can rest in his promise that I am His. Always.

"Behold what manner of love the Father has bestowed on us, that we should be called children of God!
Therefore the world does not know us, because it did not know Him.
Beloved, now we are children of God; and it has not yet been revealed what we shall be, but we know that when He is revealed, we shall be like Him, for we shall see Him as He is.
And everyone who has this hope in Him purifies himself, just as He is pure." 1 John 3:1-3