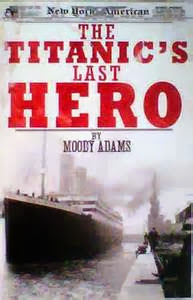 100 years ago tonight, at 11:40pm, the Titanic hit an iceberg and the great ship begin its decent into the sea. In less then three hours it was gone, along with 1522 lives. One of those lives was John Harper, a preacher from Scotland. This book is about him, published shortly after the disaster in 1912, it is filled with tributes and testimonies from those who loved him.

John Harper wasn't originally going to America on the Titanic, but the Lusitania, but God had other plans. And so it was the Titanic that he boarded.

I couldn't help but think; 'Would I have read this book about a pastor I'd never heard of if he hadn't perished on this particular ship?' And yet I have been greatly encouraged and moved by this man who loved God above all else. And encouraged to spend more time in prayer.

I felt one of the main themes of this book was prayer. So I thought I'd share a few quotes from his friends and colleagues on John Harper's views on prayer and his prayer life:

"It was quite a common thing for him to spend whole nights alone in prayer. He literally came from the presence of God to his people." Pastor Hugh Gunn

"How he prayed for the lambs of the flock!" Pastor A. Moncur Niblock

"No one could listen to him as he prayed and not be moved by the melting earnestness and intensity of the man." Mr. Hugh Morris, Evangelist

He spent hours in persistent wrestling with God in prayer for the salvation of perishing souls. Oh for a mighty increase of such intercessors!" Mr. Robert Logan, Evangelist

"...when most of us were sleeping he was in the secret place of the Most High, closeted with God and His Word all night in the little room off the vestry in Paisley Road Church."  Pastor Malcolm Ferguson

"...he would often stay overnight in the church and pray for the occupants of every seat, and then on Sabbath he would look for and expect souls to be saved." Pastor Malcolm Ferguson

"...and the last word we remember him saying was that the need of today was a deeper prayer life." John Climie

Here are a few quotes on the man and what he preached:

"He believed what he preached, and preached what he believed. Christ and eternal things were all so real to him. He lived and preached as if Christ died yesterday, rose today, and was coming tomorrow." Pastor Malcolm Ferguson

"He was most intolerant with regard to some of the modern methods of doing Christian work. To him it was little short of blasphemy to offer dying men entertainments and amusements instead of the glorious Gospel which bringeth salvation to all men. His own work was a living example of what the Gospel alone can accomplish." Pastor Hugh Gunn

"Whatever doctrine was not found in the Holy Scriptures, it mattered not how fancifully put, nor by whomsoever it was proclaimed, found no place with him. 'Thus saith the the Lord' was his stand-by He stood on the rock of revelation. Men's theories to him were sand. God's Word was rock." John Climie

"He was strong in his love for the Savior who died for him. He lived, walked, prayed and preached under the sense of an overwhelming vision of Calvary. Hence Christ and Him crucified was ever his theme. To him the name of Jesus was sweet, sacred, and precious." Mr. Robert Logan, Evangelist 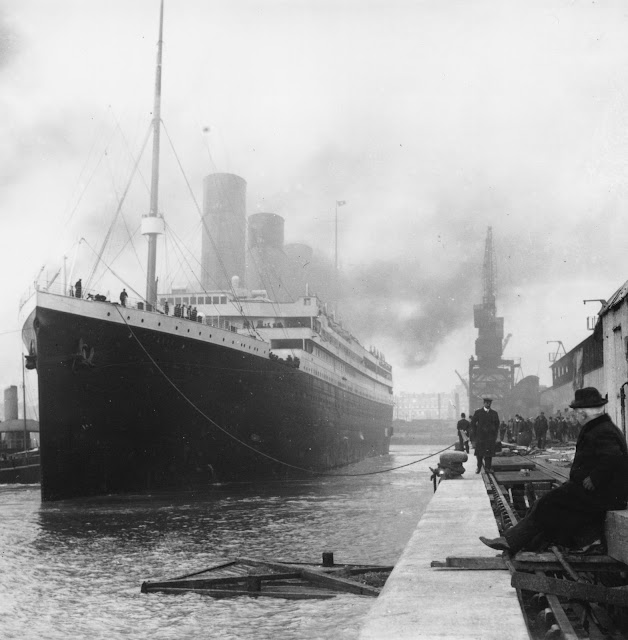 On that last fateful night while on deck, he noticed the calm sea and the red filled sky to the west, and he was heard saying: "It will be beautiful in the morning"

His friend John Climie writes: "Yes, so it would, but the beauty that would break on him was not that which he was alluding to when he spoke these words. The beauty of the Savior he would see." 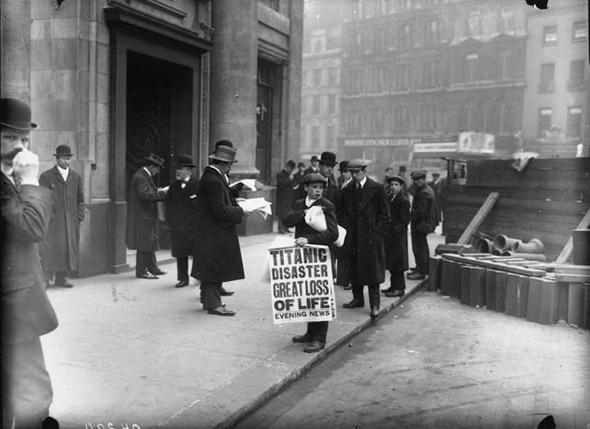 At one point in the book his brother George writes:

"I suppose, in our land, more or less, and I dare say the generation after the present one will be familiar with this dreadful catastrophe at sea, in calm weather, when the acme of man's genius in mercantile shipbuilding on her maiden voyage perished. I cannot attempt to explain the Providence that removes such a man of God in the midst of his usefulness."

Little did George know how true his statement would be and how fascinated people would be about the Titanic, even after 100 years.

And I wonder how many came to the Lord in the past 100 years after reading this powerful book. A book of a man, who had a passion for God, they may never have heard of otherwise.