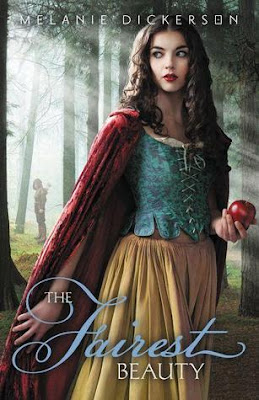 Thoughts from my daughter...

Awhile back I read Melanie Dickerson's book, 'The Healer's Apprentice' and was really impressed. I've since bought her other two fairytale books and given them to my 16 year old daughter.

She loved 'The Healer's Apprentice' and recently finished 'The Fairest Beauty.'

So here are Rachel's thoughts on 'The Fairest Beauty'...

Why thank you, Mom. I really did like this book. I’ve always been obsessed with fairy tales so this book was pretty great to read. The characters are really likeable and Gabe, the male lead, is very studly, which didn’t hurt. : )


The book is based on the story of Snow White, so that pretty much sums up what the storyline is about. It’s definitely my favorite rendition of Snow White though, and it’s given me a love for the character; even the Disney version (whom I’d never cared for before).

Sophie’s faith was very inspiring and because I loved her character so much, she made me want to be more like her in that sense. So that was pretty rad. For example, the Queen would often tell Sophie lies about how wicked she was, but because of Sophie’s faith in Christ, she knew that wasn’t true. Though later on, it did taunt her. But she’s only human, right?

There were a few times when I threw the book down in anguish of my boring life because Sophie and Gabe were just so cute together. Like...shfsfhgkfjhgdsghsh!

Overall it was just really great and I'd recommend it to all you lovers of fairy tales.