The Cross He Bore 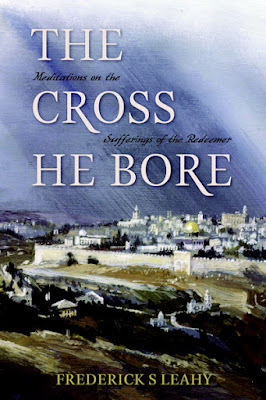 "For unto us a Child is born,
Unto us a Son is given;
And the government will be upon His shoulder.
And His name will be called
Wonderful, Counselor, Mighty God,
Everlasting Father, Prince of Peace.

Of the increase of His government and peace There will be no end,
Upon the throne of David and over His kingdom,
To order it and establish it with judgement and justice
From that time forward, even forever.
The zeal of the LORD of hosts will perform this."


Jesus is Wonderful, He is our Counselor, our Mighty God, our Everlasting Father, our Prince of Peace.

He is why I am a Christian.

I loved this book, The Cross He Bore, which was filled with meditations on the sufferings of the redeemer.

It reminded me that we should reflect on the Cross more often.

And it gave me a greater appreciation of every step Jesus took, from the garden of Gethsemane, to the beatings He endured, to the Cross, to the grave and to His resurrection. 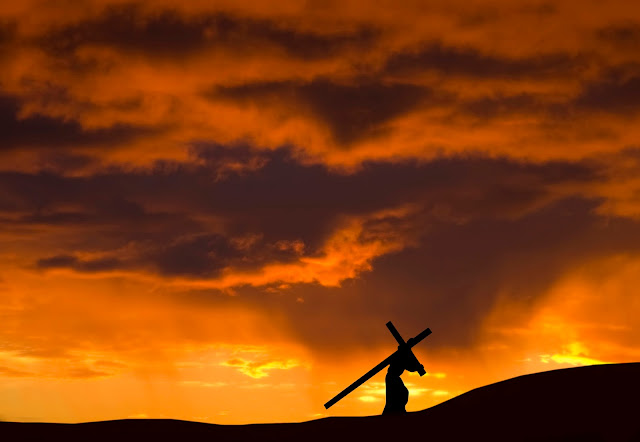 I can truly say I was overwhelmed by His love while reading it. What He did is so far beyond anything I could do for Him. I am completely at His mercy, and I am so grateful He gives it freely.

The author of this book, Frederick S. Leahy, delves deeper into each step Christ took and I learnt so much more than I knew before.

Here are the chapter headings:

"We are too apt to hurry past the cross, to undervalue, in spite of ourselves, the supreme mystery of the ages by a shallow assumption that we know it all. We don't and never will. But we need to take time to learn as much as we can. We need to 'behold', to 'survey', to 'stand and stare."

And the author, Frederick S. Leahy, starts the first chapter with this:

"The Gospels are not mere biographies; indeed, strictly speaking they are not biographies at all, for they are silent on much of the earthly life of Christ. Their purpose is theological, to convey to mankind what God has done in Christ for the salvation of sinners. They proclaim good news and the cross is the center of that saving message."

How blessed are we here in North America to have easy access to Bibles? To be able to read the Good New whenever we want, when so many around the world are starving for it. We should never take it for granted, never leave it on the shelf.

Where would I be if I hadn't heard the Gospel? 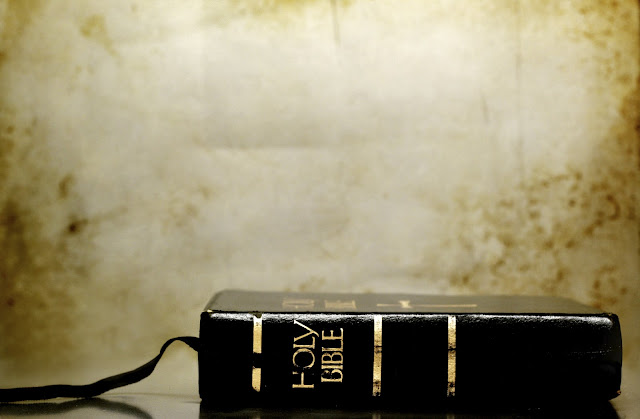 Everything in this book stood out to me. It's a book that I will definitely be reading again and again and I rarely re-read books!

Here's a few great quotes to give you a taste of what truths you will find in it.

This is from the first chapter, 'Man of Sorrows':

"...the death of Christ is different from every other death. True, the physical aspect of His death has much in common with other deaths, but there the comparison ends. He died as the Surety for His people and as their Substitute.

Not only must He experience physical death, but also He must taste eternal death - damnation - separation from God! In all of this He must grapple with Satan and destroy death itself (Gen. 3:15, 1 Cor. 15:26). There is no analogy between the death of Socrates and that of Christ. Christ's death is not to be compared with any other."

This is something I've thought of often. What was different? This book will help you understand that difference more clearly, and appreciate more fully what Christ did for us.

In the second chapter, 'Prayerful Submission' we are in the garden of Gethsemane and are reminded that Jesus was the second Adam (1 Cor. 15:45) the Scriptures talk about:

"In Gethsemane it was never a question whether the Savior would obey or disobey. In Eden God asked, 'Adam, where are you?' In a sense the question was repeated in Gethsemane and this Adam did not try to hide; He had no need to; His whole response was clearly, 'Here am I!' Willingly and voluntarily the Good Shepard laid down His life for the sheep."

This next quote was an answer to prayer for me. There are many false teaching out there, one being the kenotic theory, which teaches that Jesus emptied Himself of His divinity when He came to earth.

This is from chapter 3 'Strengthened to Suffer':

"He made Himself of no reputation."

"This is commonly translated to read that Christ 'emptied Himself', and B.B. Warfield regards this as a mistranslation. Certainly Christ could not have emptied Himself of His divine essence, for then He would have ceased to be God. The kenotic theory, that Christ divested Himself of His deity, or at least of certain divine attributes, became popular with 19th-century German theologians and survived in various modified forms. It presents a Jesus who is either 'shrunken deity' or else not truly human.

And as Warfield says cogently, 'No Christian heart will be satisfied with a Christ in whom there was no Godhead at all while He was on earth, and in whom there may be no manhood at all now that He has gone to heaven.' Warfield stresses that there is no half-way house between the doctrine that Christ is both God and man and that Christ is merely man. Someone has said that a Jesus who is just less than God is like a bridge broken at the farther end. Such a Jesus could not deliver from Satan and sin, and such a Jesus the Bible does not present."

I agree... Christ was and is both fully man and fully God. That's the Jesus the Bible presents.

In chapter 5 'The Dumb Lamb' we have Jesus keeping silent. What does this say about Him?

"Christ's silence was deliberate, emphatic and authoritative: it was His deed. The passivity of His suffering was real, but so was the activity of His obedience. Led as a lamb to the slaughter and like a sheep dumb before the shearers, He was active right up to and on the cross. He went as a king to die."

In chapter 7 'Sentenced To Death' This quote was hard to read but so true non-the-less:

"At no point did the Savior receive justice from man. And every sinner has said in effect, 'Away with Him...I will not have this man to reign over me."

The author then quotes this beautiful poem by Horatius Bonar:

I see the scourges tear his back,
I see the piercing crown,
And of that crowd who smite and mock,
I feel that I am one,

'Twas I that shed the sacred blood,
I nailed him to the tree,
I crucified the Christ of God,
I joined the mockery.

The author says of Jesus while being flogged in chapter 8, 'The Butt of Mockery':

"As that suffering, humiliated figure stood there, His tormentors despised Him in their hearts. They thought that He was utterly helpless in their hands.

How wrong they were!

Christ was never in retreat, never merely passive. At this moment He was actively and voluntarily exposing Himself to the fury of His enemies. Now came the fulfillment of those prophetic words, 'I gave my back to those who strike, and my cheeks to those who pull out the beard; I hid not my face from disgrace and spitting' (Isaiah 50:6)."

Chapter 11 'Satan's Cup Refused' was extremely moving for me. It is a powerful testimony to what Christ did for us.

" The cup that the Father placed in the Son's hands was brimful of wrath and judgement. Its every drop brought torment.

Yet this cup He would drink to the glory of God!

This cup He would drink in honor of God's holiness and righteousness. This cup of death He would drink in order that not one of His people might ever taste a single drop of it. 'Shall I not drink the cup that the Father has given me?' (John 18:11). Yes, indeed! He would drink it to its dregs. He would drain that cup. Not one drop would be left."

We can never repay Him for this. We can only accept His gift of grace. 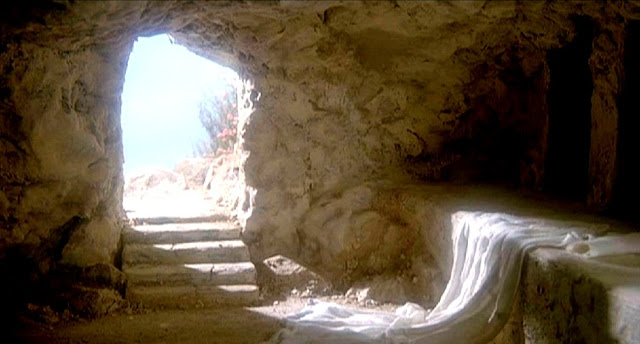 Jesus went through all of this for us, then He conquered death and rose again.

To redeem His people He entered and endured that darkness.

Now He calls us 'out of darkness into His marvelous light.' He is the true light and those who follow Him 'will not walk in darkness, but will have the light of life' (1Peter 2:9, John 8:12).

I highly recommend this book!! It encouraged me to think more deeply on Christ and the Cross.

I'd like to share this beautiful song by Aaron Shust which encourages me to look to the Savior.

Yes living, dying let me bring
My strength my Solace from the Spring
That he who lives to be my king
Once died to be my Savior

That he would leave his place on high
And come for sinful man to die
You called it strange, so once did I
Before I knew my Savior


I'll leave you with this great quote about Jesus:

"The real truth is that while He came to preach the Gospel, His chief object in coming was that there might be a Gospel to preach."  R.W. Dale