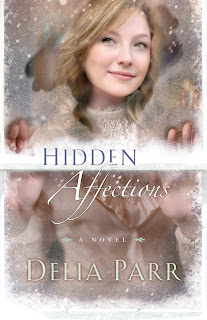 It has such a beautiful cover but...I just finished reading Hidden Affections by Delia Parr and found it difficult to get through. It's the story of Annabelle and Harrison, two people who are thrown into a marriage from the start.

It's 1831 and they are found handcuffed to the robbed stage coach they were sharing. The sheriff accuses Harrison of mistreating her and forces a quick marriage. Harrison is a wealthy man who takes her back to his home until he can try to annul the marriage. There she befriends the estates housekeeper, Irene, who encourages her and helps her get through this situation.

This had so many ingredients for a good story but they all seemed to fall flat. The characters had no chemistry and Harrison just was not a nice guy. He was often rude and just not likeable. I just couldn't like him, not even in the end, when he has a change of heart. 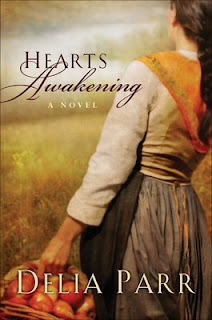 I hope readers who didn't enjoy this book will not write this author off. Her first book, Heart's Awakening was so good. It was the story of  Ellie who is older, plain and has no prospects. She is given an opportunity to be the housekeeper of the newly widowed Jackson.

But he decides that marrying her instead will solve his problems...help with the rearing of his boys and the scandal of his first marriage. She reluctantly agrees. This is a story of a convenient marriage that turns to love. I thought it was beautiful and couldn't put it down.