'I Love Lucy' has always been my all-time favorite show. : ) 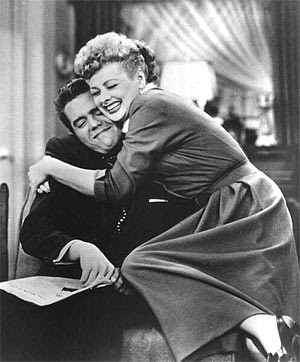 My daughter recently discovered it and we've been watching a few episodes together. I've included some clips (at the bottom of this post)  from two fall down funny episodes called, 'Job Switching' and 'Lucy does a TV Commercial.' These episodes are hilarious and had my daughter and I laughing so hard we couldn't breathe!

After viewing the show again, I wondered if Lucille Ball had ever written a book. I was happy to find out she had, though it wasn't known or published till after her death. 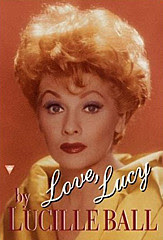 In the forward to the book, her daughter Lucy (Jr.)  recalls how she discovered the manuscript, years after the death of her mother.

"One day, while trying to sort out some of the complicated legalities of running the estates, Desi (Jr.) and I asked our mother's former attorney, Ed Perlstein, to sift through some of his old file boxes in search of some contracts we needed, and something remarkable happened!

There, in a dusty box of envelopes and tapes, he uncovered what turned out to be a never-before-published autobiographical work of our mother's. The package, post-marked 1966 from Betty Hannah Hoffman, Los Altos, California, simply said, LUCY. The manuscript was written in the first person, and seemed to span Mom's entire life up to 1964."

This book is filled with Lucille's memories from childhood, her beginnings in Hollywood, her time with her mentor Lela Rogers, the mother of Ginger Rogers, her radio show days and her rocky marriage to Desi Arnaz. Her daughter Lucy continues:

"I have personally read hundreds of accounts of my mother's life over the years and thought I knew it all. but there were so many details in this, especially regarding her earlier memories and what happened during her most formative years that contributed to the kind of woman, actress, and mother she became." 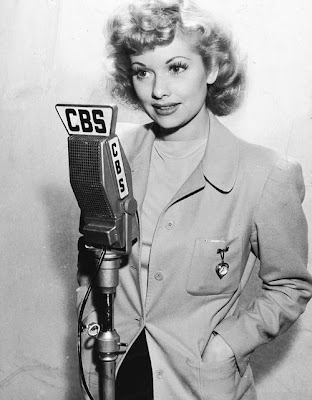 Lucille Ball also writes quite a bit about the 'I Love Lucy' years (1951-1960) with all sorts of behind the scenes info about the show. I really enjoyed this part of the book. Learning a little about the characters of Lucy, Ricky, Fred and Ethel and how they came to life.

One day as Desi and Lucille were discussing 'Lucy' with the writers, Desi said of the character:

"She tries so hard...she can't dance and she can't sing...she's earnest and pathetic...Oh, I love that Lucy!"

And that's how they came up with the name of the show! 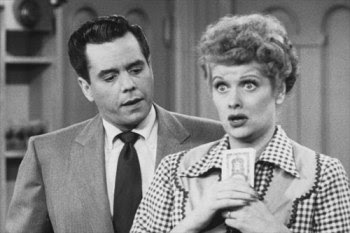 I loved that the friendship we saw on screen between Lucy and Ethel was not just for the cameras but extended to their real life as well. Lucille and Vivian Vance became very close friends during the years of taping 'I Love Lucy.' But I found it sad to read about how in-love Lucille and Desi were at the beginnings of the show but by 1960 weren't even talking to each other and divorced soon after. 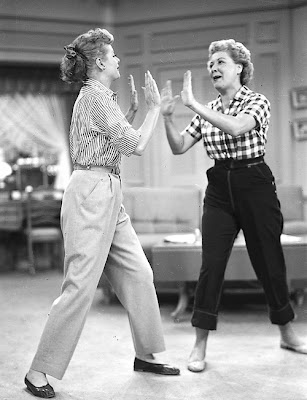 It's funny how you associate a person on television with their character. Lucille was actually very different in real life then the 'Lucy' on screen. She was quite conservative, managed her money well and was not ditsy at all!

I found this book sincerely written, and gives us a glimpse into her life. There is a bit of mild language, but over all a very clean and respectable read.


You never forget someone who makes you laugh out loud like Lucy, and that's why she'll always be my favorite comedian. : )