What are the Gnostic Books? 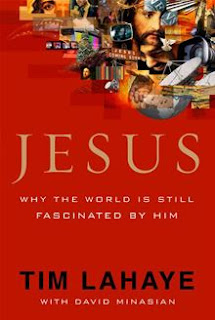 A few years back I was invited to a prophecy conference where Tim Lahaye was speaking. I had envisioned a man who would boldly speak with intimidation on the subject. You know the kind...the ones who kind of scare you? Well he was nothing like that! He was an older gentleman with a soft spoken voice who spoke with love and heartfelt compassion for the lost.

When I saw this book for free for my e-reader, I snapped it up. It's a short book, about 150 pages or so with each chapter dedicated to different ways Jesus has affected the world.

I found the chapter on the Gnostic books extremely interesting. I'd heard a little about them but never really knew what they were, so I thought I'd share what I learnt about them.

"In 1945, while digging around some caves near the town of Nag Hammadi in Egypt, an Egyptian peasant is said to have discovered a large earthenware vessel buried in the sand. Inside were twelve leather-bound papyrus codices (books) dating back to the third and fourth centuries. Written in the Coptic language, the manuscripts were comprised of fifty-two primarily Gnostic-themed treaties-the most of what has become known as the 'lost' Gospel of Thomas."

It is important to know these books were not written by their name-sakes. These books were written hundreds of years later, by unknown authors. Which is a big strike against their authenticity. Where as the books in the New Testament were all written by witnesses and close friends of Jesus.

The dictionary defines Gnosticism this way:


and defines gnosis in this way:

In other words, Gnosticism teaches you can obtain salvation through knowledge.

In 1 Corinthians 8:1-3 Paul warns us from this way of thinking:

"...We know that we all possess knowledge. Knowledge puffs up, but love builds up. The man who thinks he knows something does not yet know as he ought to know. But the man who loves God is known by God."

"The Gnostic belief that knowledge holds the key to salvation (as opposed to the work Jesus did on the cross) is presented in the Gospel of Philip along with the idea that truth comes from within each person (rather than from God). These two mystical principles form the foundation for not only Gnosticism, but for many of the alternative religions found throughout history."

In the Gnostic Gospel of Philip it says:

When I read this passage from the Gospel of Philip it reminded me of Satan in the garden of Eden lying to Adam and Eve with this same lie.

"And the woman said to the serpent, 'We may eat the fruit of the trees of the garden;

but of the fruit of the tree which is in the midst of the garden, God has said, 'You shall not eat it, nor shall you touch it, lest you die.'

Then the serpent said to the woman, 'You will not surely die. For God knows that in the day you eat of it your eyes will be opened, and you will be like God, knowing good and evil.' Gen. 3:2-5

"Both of these Gnostic concepts (that knowledge leads to eternal life and that truth can be found within) are diametrically opposed to the biblical precepts that state that salvation comes only through Jesus Christ and that wickedness, not truth, resides within the human heart."

"Nor is there salvation in any other, for there is no other name (besides Jesus Christ) under heaven given among men by which we must be saved."

"For from within, out of the heart of men, proceed evil thoughts, adulteries, fornications, murders, thefts, covetousness, wickedness, deceit, lewdness, an evil eye, blasphemy, pride, foolishness. All these evil things come from within and defile a man."

I found much of what is quoted from the Gnostic books quite disturbing and outright strange. There is talk of not only one god but many gods and goddesses. As well as strange contractions on who God is.

Lahaye says here of the Bible vs. the Gnostic books:

"Despite being written over a period of fifteen hundred years by forty different authors, the sixty-six books that make up the Bible have a uniformly consistent view of God, His creation, and His relationship to man. Of course, no such common thread exists among Gnostic documents."

Many Gnostic passages are simply twisted Scripture. Here is a pasage from the Apocryphon of John:

"But what they call the tree of knowledge of good and evil, which is the Epinoia of the light, they stayed in front of it in order that he (Adam) might not look up to his fullness and recognize the nakedness of his shamefulness. But it was I (Jesus) who brought about that they ate."

This 'Gnostic Jesus' is saying he talked Adam and Eve into eating the forbidden fruit!! This is not the Jesus of Scripture, but the Devil himself.

Why is it important to know about these ancient Gnostic books?

Because this 'way of thinking' is everywhere today. It's in popular movies like 'The Da Vinci Code', best selling books like "A Course is Miracles',' A New Earth' and 'The Secret', promoted on T.V. programs like NBC's Dateline (The Mystery of the Jesus Papers) and taught by famous well-loved people like Oprah Winfrey through her radio programs.

"Therefore take heed to yourselves and to all the flock, among which the Holy Spirit has made you overseers, to shepherd the church of God which He purchased with His own blood.

For I know this, that after my departure savage wolves will come in among you, not sparing the flock.

Also from among yourselves men will rise up, speaking perverse things, to draw away the disciples after themselves.

Therefore watch, and remember that for three years I did not cease to warn everyone night and day with tears"

Tim Lahaye includes a lot more quotes from the Gnostic books as well as quotes from Scripture throughout this chapter, which were very helpful in understanding these Gnostic books and why they were rejected at the Council of Nicaea in AD 325. And are still rejected by true followers of Christ today.