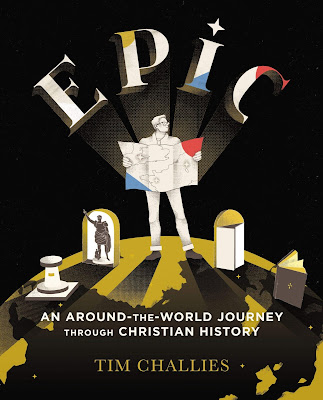 This was such an interesting idea for a book! Tim Challies took a trip around the world, visiting places of Christian significance and writing about Christian history through objects he observed. The book also contains many photos, which added to the meaning of each story he was telling.

I thought I'd share a few that I found extremely interesting.


The Book of Kells

Tim visited Scotland to learn of the history of this unique book, which is now displayed in Ireland where he traveled next.

He says here of the book:

"There is nothing quite like it anywhere in the world. It's a manuscript containing the four gospels in Latin, and it dates all the way back to around AD 800. What first stands out to those who view it is its sheer beauty. The pages are made of fine vellum, and nearly every page is adorned with beautiful, intricately designed illustrations. The Book of Kells is an ancient Bible, but it is also a stunning work of art."

Out of all the objects he talks about in his book this is the one I would love to see the most. I think the care and love that went into it, not only shows us the beauty and majesty of its words, but how highly the makers of it appreciated its truth and wanted it carried on to the next generation. 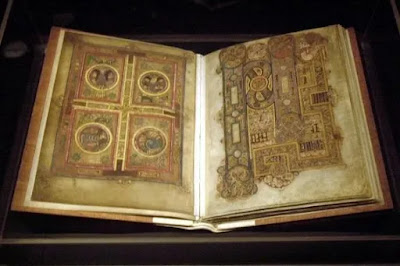 Years ago I read the letters that Jan Hus wrote while in prison. They were inspiring and uplifting, written by a man who put his trust in God and His Word.

Jan Hus was one of the first to protest against the errors of the Catholic church at the time. He was from Bohemia (the modern Czech Republic), born around 1370. As a preacher He encountered the writing of John Wycliffe of England and the rest is history.

"Eventually Jan Hus encountered these teachings, and they changed his life... He began to read the Bible with fresh eyes, and he adopted much of Wycliffe's theology, including the belief that the church is made up of all of God's elect for all of time and that the church's rightful head is Christ rather than the Pope."

This later got him imprisoned and later tied to a stake and burned to death. Some of his last words were:

"In the truth of the gospel I have written, taught, and preached; today I will gladly die."

Charles Wesley wrote over 6000 hymns, some still sung today. One of his best known is 'Hark! the herald angels sing' This organ is where he wrote so many beautiful songs to the Lord. Songs sung by millions of believers, all over the world, ever since.

Tim Challies quotes one particular verse from a song called 'And Can it Be?'

"And can it be that I should gain
An int'rest in the Savior's blood?
Died He for me, who caused His pain?
For me, who Him to death pursued?
Amazing love?! how can it be
That Thou, my God, shouldst die for me?" 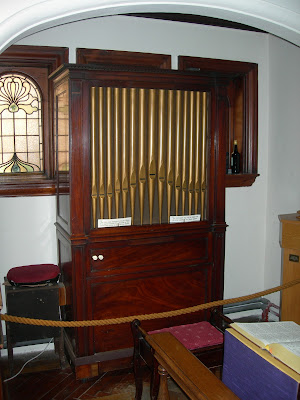 This chapter took me aback. I had never heard of the Slave Bible. I found this appalling, that men, who claimed to be Christians, could take the Word of God and twist it for evil gains.

"Not all of the objects I saw on my travels had a positive story to tell. The Slave Bible is one of those. It's a story that warns us of the dangers of compromising the message of the gospel to accommodate our sin. And it's a timely reminder that sinful human beings can use good things - even the precious Word of God - to commit great evil."

The Slave Bible omitted Scripture that pertained to freedom for all in Christ. How horrifying is that?

"There is neither Jew nor Gentile, neither slave nor free, nor is there male and female, for you are all one in Christ Jesus." Galatians 3:28

And as Tim describes here:

"The great future promise of Christ's gospel is a day when God's people will gather before him as 'a great multitude that no one could count, from every nation, tribe, people and language.' Revelation 7:9

This reminded me of how important it is to honor God's Word as a whole. 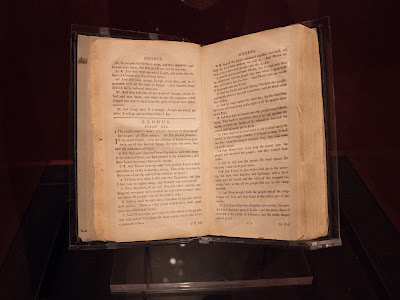 I love George Muller's story. I read his book 'Answers to Prayer' and was amazed at how he trusted God. In a world of greedy TV preachers, it's hard to imagine a man like George Muller. A man who never asked for a penny, but bowed before God and petitioned to Him for all his needs. And God provided so much, and for so many, because of his obedience.

George Muller instead put out collection boxes for whoever God moved to give. Never asking or pleading for money. God worked through his obedience and many orphans were given a home from the streets of England in the 1800's.

"The front says simply, 'For the orphans.' Muller would not ask people to give money but instead would pray for the Lord to provide. One of these boxes was placed within each of the orphan houses so that people could give as the Lord directed, each one perhaps inadvertently providing an answer to those earnest prayers. Those simple boxes aptly tell about the simple but expansive faith of a great man." 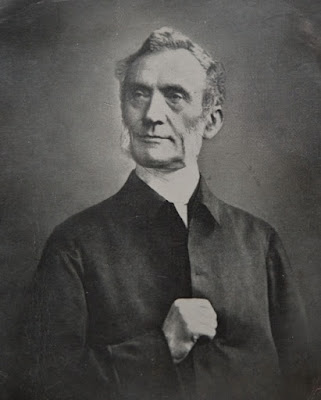